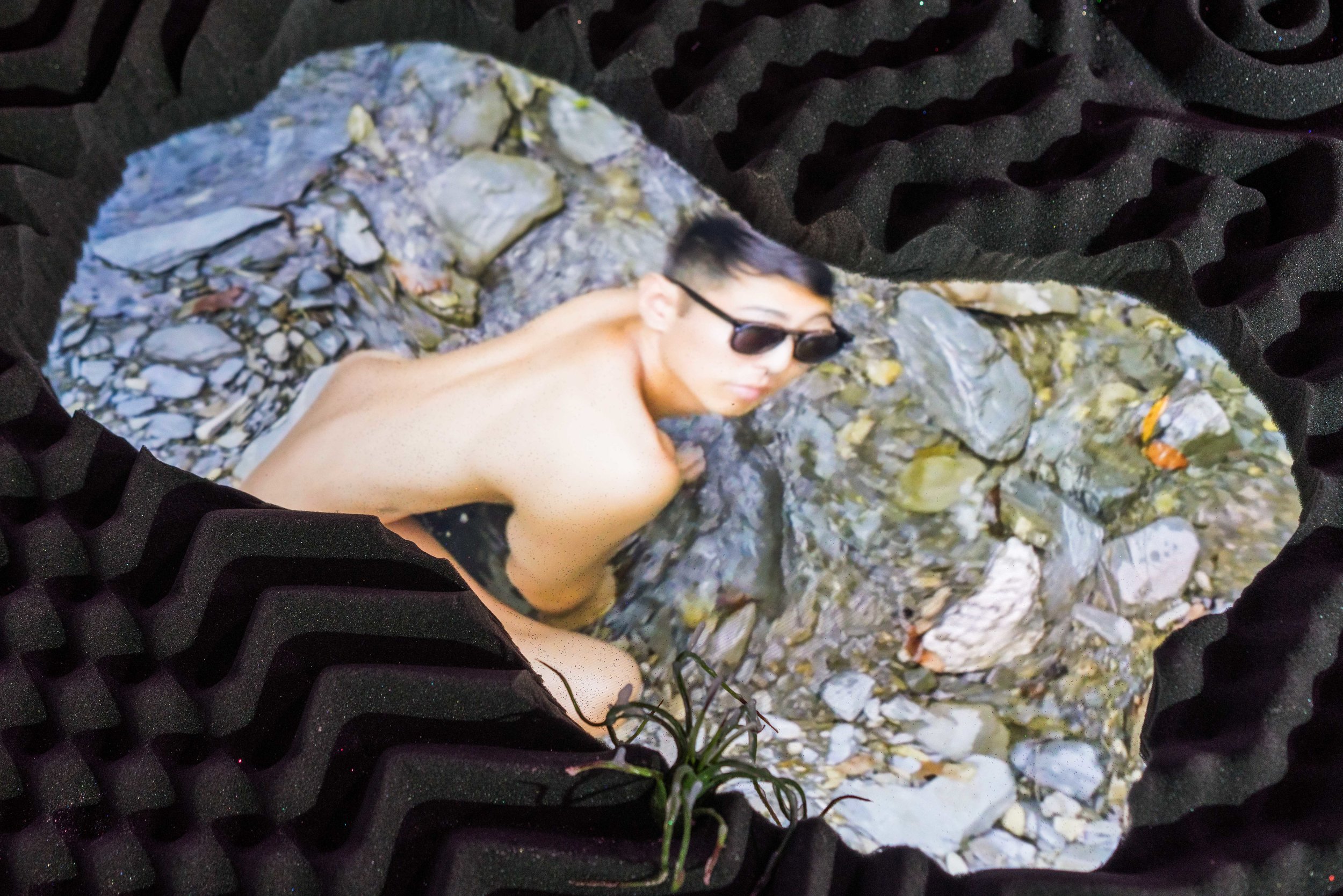 Dew Kim (Aka HornyHoneydew) is South Korean artist based in Seoul. He works with sculpture, moving image, installation and performance. His practice involves sexuality, queer, feminism, sadomasochism, pop culture, religion, mysticism, and body as forms of knowledge and research.

Hello Dew, can you tell us a bit about your background and your practice?

I was born in Seoul. I am an only child and my father is a Presbyterian pastor in Korea. I was a very timid boy and I spent most of the time playing alone or reading books. I used to read the Bible because at home I was surrounded by so many things about Christianity. I used to play a sexual fantasy with the stories from the Bible. The story of Isaac and Abraham was one of the most exciting stories to me. While I was growing up, I perceived my sexual identity as play rather than confusion, and this play eventually led to my art work. The fantasy of BDSM, religious and mysticism have some of the driving motivations in  my art practice. I studied metalsmithing and jewelry design for my BFA in Korea, then I decided to study abroad after  graduation because I became frustrated living with my parents and in Korean society. My father sent me to a town called Goshen, Indiana. I started to study English there but I felt  similar pressure as I had felt in Korea because I was living in a community  Mennonites. I tried to escape to Chicago most weekends, then finally I moved to NYC. There I began meeting likeminded people, and exploring the full realities of my pleasure and art. I moved to London for  my MA in fine art and now I work in Seoul and Daejeon, South Korea.

Can you tell us about your recent work "Purple Kiss ♡" ? What is the connection between Korean popular culture and your work?

Since 2016, I have been working with Korean pop music video works. My previous works (classified as HornyHoneydew's Indie work), “Me Gustas Tu (2016)” and “Paradise Lost (2016)”, are a twist on the binary gender roles prevalent in Korean pop culture.

In my recent work "Purple Kiss ♡ (2018)” there is a science fiction story about the process of Homo sapiens evolving into Post-human through shamanism. I have become interested in third genders such as non-binary, two sprits, and multiple genders found in shamanism in Korea and other non-western countries. I made an original song with lyrics from my short love story with a non-binary pansexual polyamorous man. While in the relationship, I   felt the complexities and expandability of gender. It was a bit frightening, but there was a big romantic thrill like it was  the future. I am also interested in Korean shamans, who have played an important role in Korean  religion and society throughout history, but who have been  reduced to entertainers in the process of westernization and Christianity, which I also link to  Korean pop idols, that is boy and/or girl bands.

I fantasize about something. If some brilliant things come into my ass — or my brain — I become captivated by those things. I start to collect anything and everything about them. It can be online images, gifs, real or virtual objects, texts, people, parts of my body, or movements. Sometimes I go to Euljiro, one of the biggest industrial district in Seoul. While I look around and touch all the different materials, it generates  ideas. I assign a role to the real and virtual collections and materials then make them into artwork.

Sexuality and technology factor into some of your works, how would you describe their relationship?

I am interested in the interaction and change between the development of gender, sexuality, and technology. The development of technology has extended gender exploration to a faster and more diverse perspective. Also imagination and curiosity about post-humanity and trans-humanism provide  a variety of directions in my work. I am especially interested in something that queer cultures express as they expand from the real world into the cyber world. The exploration of space, connectivity and telepathy with queer and subculture in cyber world is a very important motivation in my work.

Instagram... I spend so much time with it these days :( Also, I am not good at organizing the things I have collected in my studio. It is so difficult to find what I need when I want it because there is so much stuff.‍

I stayed in Phnom Penh for New Year. I had a great time there but the most memorable moment was when I attended the performance ‘VAJRAMALA: Sprit of Khmer Dance’ by Prumsodun Ok & NATYARASA. They are Cambodia's first gay dance company and they re-stage Khmer classical dances. The show was so beautiful. Their bodies, gestures, and movement evoked a range of emotional responses. I was so touched. I could not stop crying at the end. I was amazed by how they approached queer aesthetics and combined tradition with the contemporary. Please check out their  website if you are interested — https://www.ponatyarasa.com

Since January of this year, I started the TEMI Residency program in Daejeon. Daejeon has earned its name as "Asia's Silicon Valley" and "high technology city”. Several important science research institutes are based in the city. My plan is to study more about the science and technology from a gender and queer perspective while in the residency.

I am currently preparing a group show with other gay artists. We are planning to hold a queer parade in June, four different artists, a painter, a photographer, a novelist, and me (as a sculptor), will exhibit works about a personal gay love story. In addition, a group exhibition, which was exhibited in Singapore last year, is being planned in Seoul, and will examine the relationship between  gender and technology in Seoul. I am participating in the curatorial planning for this show in September.. I’ve heard about plans for exhibitions and projects about gender and queer themes being planned for 2019, which makes me so excited.

For more of Kim: hornyhoneydew.com