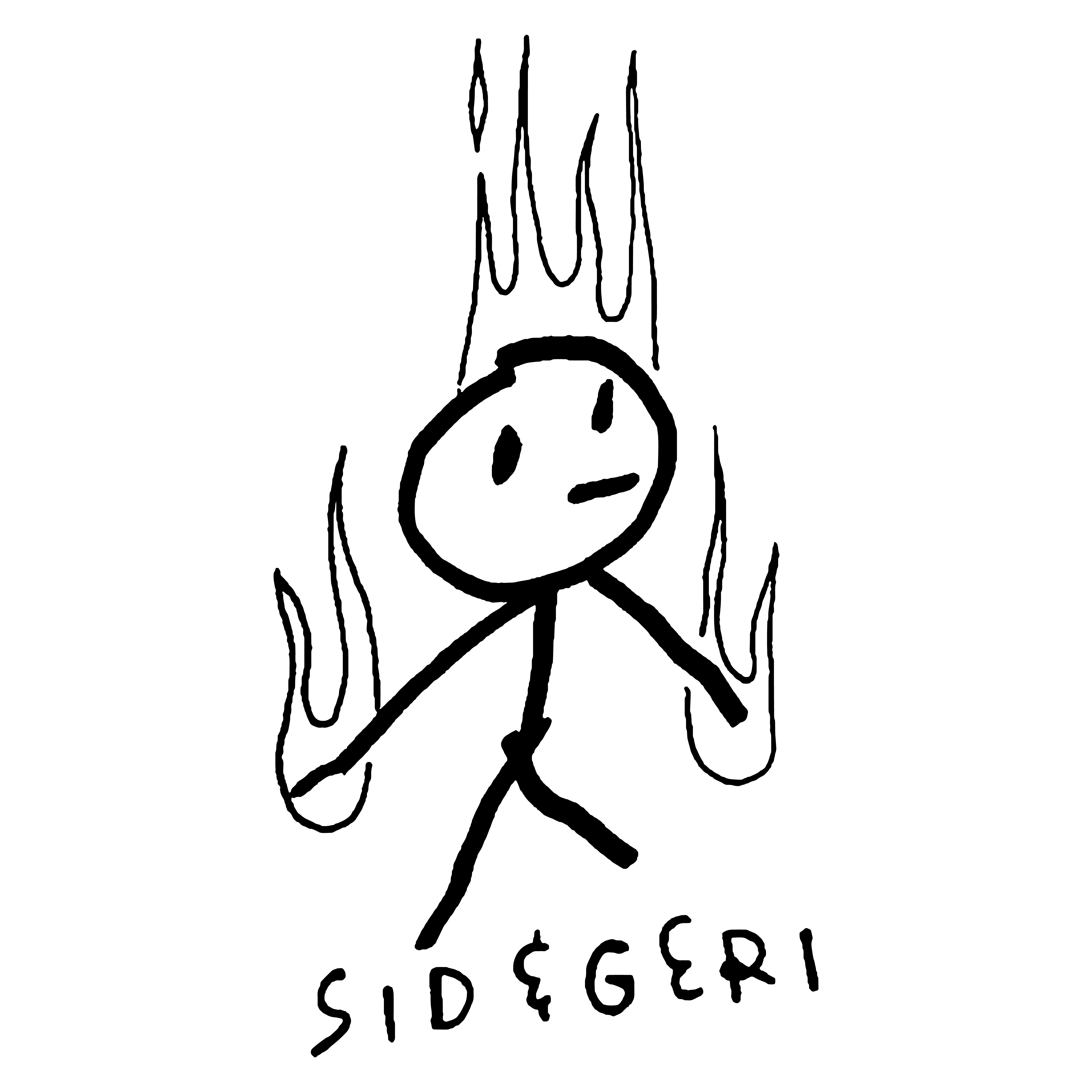 Sid and Geri is an art group established in 2017, Taiwan. The group collaborates with different types of people around different cultures. By deploying various mediums through video, animation, multi-media as well as space installation, their works show a unique sense of humor to express "the patterns around people", reflecting the daily living experience, providing a fantasy-like narrative, using visual and sound stimulation to show the absurd, frantic, and meaningless appearance of this era.

Hello Sid and Geri, can you start  tell us a bit about your background? How did the group Sid and Geri come about?

When I was in college, I studied Fashion Design in college at Shih Chien University in Taipei. I wasn't very good at sewing, one of my professors flunked me, so I had to postpone my graduation for a year to retake one of the classes. That year gave me a lot of free time, so me and one of my friend decided to create a brand and make toys, the decision was random, and we came up with the name Sid and Geri (this was around 2016), I don’t remember what were we talking about and came up with this name, it was all random and spontaneous. I guess this also says a lot about my future work.

At first we went to a few toys fairs in Taipei, but everyone thought our toys were strange and different from the other action figures, so we didn't fit in, but we didn't care, it was fun and we liked what we made and felt happy about it. My partner decided to quit after a few months, and I continued making more toys and videos with the brand. After I finally graduate from college, I went to New York for a master’s degree in Fine Arts. I went to School of Visual Arts and decided to continue my practice using the name Sid and Geri.

How would you describe your practice to someone new?

Most of my works are video-based, using animation and media from the internet along with self-shot images. Sliced and quickly edited with special effects that are roughly made. Most of my work has no linear story. It is more of a fantasy-like image collage with dialogue or a human voice singing pop music in the background. I tend to describe the concept in my work in a sarcastic way, which may need to be viewed with a sense of humor.

Your works portray the absurd expectations and realities of contemporary love in the forms of videos, installations, and video games. What are your thoughts on love and romance? What makes this a recurrent theme of yours?

The relationship between people is what I am interested in. I like to read about people’s internet posts about their love relationship on PTT (It’s like a Taiwanese Reddit) and think about the relationship problems people run into and how they react. Or about married couples with a cheating husband or how hard it is to get along with an Asian mother-in-law. I am drawn by the daily drama in real life.

Can you tell us about "Amy's World", the digital installation you created during De:Formal Residency?

Wilber Pan who got married last year. There was a rumor about his wife was trained in a wife training camp from China. The wife training camp is run by a woman named Amy, they specialize in training women who wanted to marry celebrities or wealthy men. They provide services like plastic surgery, renting designer clothes and bags, and take you to high-end places to take pictures to post on your social media, bring you to upper-class world parties…etc. After you “graduate(get married )”, you will have the financial ability to pay back the tuition of the training camp. Although this was just a rumor, both Wilber Pan and his wife denied it. I would not be surprised if this upper-class society course truly exists. I thought it would be interesting if I to turn this concept into a third-person web game.

We love your browser-based video game "Yamada's love game", what was the process like creating this piece? Do you plan on making more games and/or interactive work?

"Yamada's love game" is a web-based love game. A web-based dating game(The full name is: Relationship simulation role-playing games) is originally from Japan. At around the year 2003( I was 12 years old), Japanese culture was a big influence in Taiwanese pop culture, every teenager was crazy about Japan, from the clothing style to stationery to games, manga, animation…etc. This is a big part of me when I grow up, I used to run home every day after class to play the web dating game, trying to fall in love with a virtual character on my computer. And of course, I just had to make my version of it.

"Yamada's love game” was my first time making an interactive work, the interactive part wasn't my focus, but I will try to interact with the audience in the future.

Can you tell us more about your solo exhibition "Sid and Geri <aka. hot pork>" at Taiwan Contemporary Culture Lab? What was your favorite memory from the experience?

The exhibition space ”Taiwan Contemporary Culture Lab“ is located at the site of the former Air Force Command Headquarters, which occupied the site of the Taiwan provincial government's Central Research Institute at Da'an, which in turn took over from the original Japanese-era Industrial Research Institute of the Taiwan Governor-General’s Office. That is now turned into a new art and culture experimentation space. Therefore the exhibition space is a historic site that has a lot of Taiwan characteristics in its interior and buildings.

The experience was very interesting, first is because of the historical story about the space, and second is because we didn't have much funding to work with. Although the curatorial budget was very limited, it was a fun experience.

You make some really amazing art objects and merchandises! What is the creative process like making merchandise? How do they relate to your work?

I make whatever random idea that pops in my head—like a chair clip, that is a hair clip with a chair on it. I also make videos or installations associate with the product. Or sometimes the other way around.

What is the art scene like in Taipei comparing to New York? How does it affect your practice?

Comparing with New York, Taiwan has a lot more funding resources from the government. But sometimes I think the art scene in Taiwan focuses too much on the writing of the concept of the work and not the work itself. I am really bad at writing, so I often feel frustrated.

Are there any themes, ideas, or techniques you would like to explore next?

I would want to try to make a really big installation.