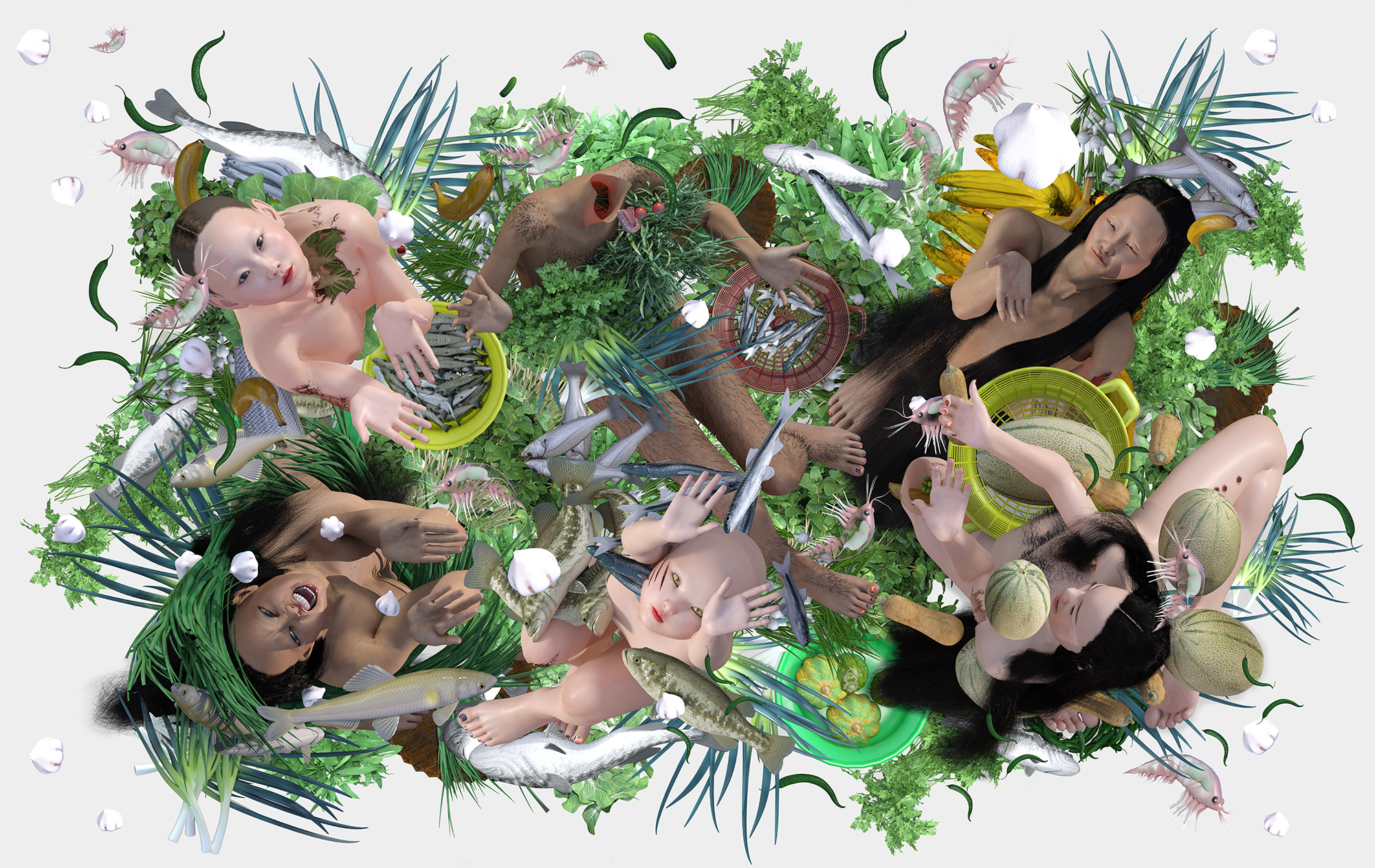 When the Western media or Hollywood only focuses on tokenizing the portrayal of Chinese/ Japanese and Korean identities, other Asian voices are left unheard or misrepresented. Deformation and Reformation: A Modern Taste of Asian Identities is a show dedicated to changing an outdated dynamic where Western canon dictates the narratives of Asian lives. By challenging the power of Western intervention, the deformation of the originality and authenticity of the diverse East shall end. Our goal is to see a reformation where “Asian identity” is no longer a singular term in the Western political, social, and economic glossary. Instead, “Asian identities,” the abundant and rich cultures of the East, can be finally put on the table for careful and respectful appreciation.

Deformation and Reformation: A modern taste of Asian Identities is a part of The second edition of the Baitball project.

Baitball is a hybrid, a crossbreed between a long-term project art fair and a collectively curated exhibition, it is a shared dimension, a way to live and co-evolve together through differences, dreaming up new worlds to become-with-others.

Baitball 02 involves 80 galleries, project spaces, artist-run spaces, collectives, curators and art institutions. Over 300 artists, activists and researchers were called to deal with the metaphorical image of a long table set for an imaginary collective lunch during which unfold speculations around the concepts of collaboration and self-organization through the act of sharing food and the practices of commensalism and conviviality.

Book your visit at baitballproject@gmail.com