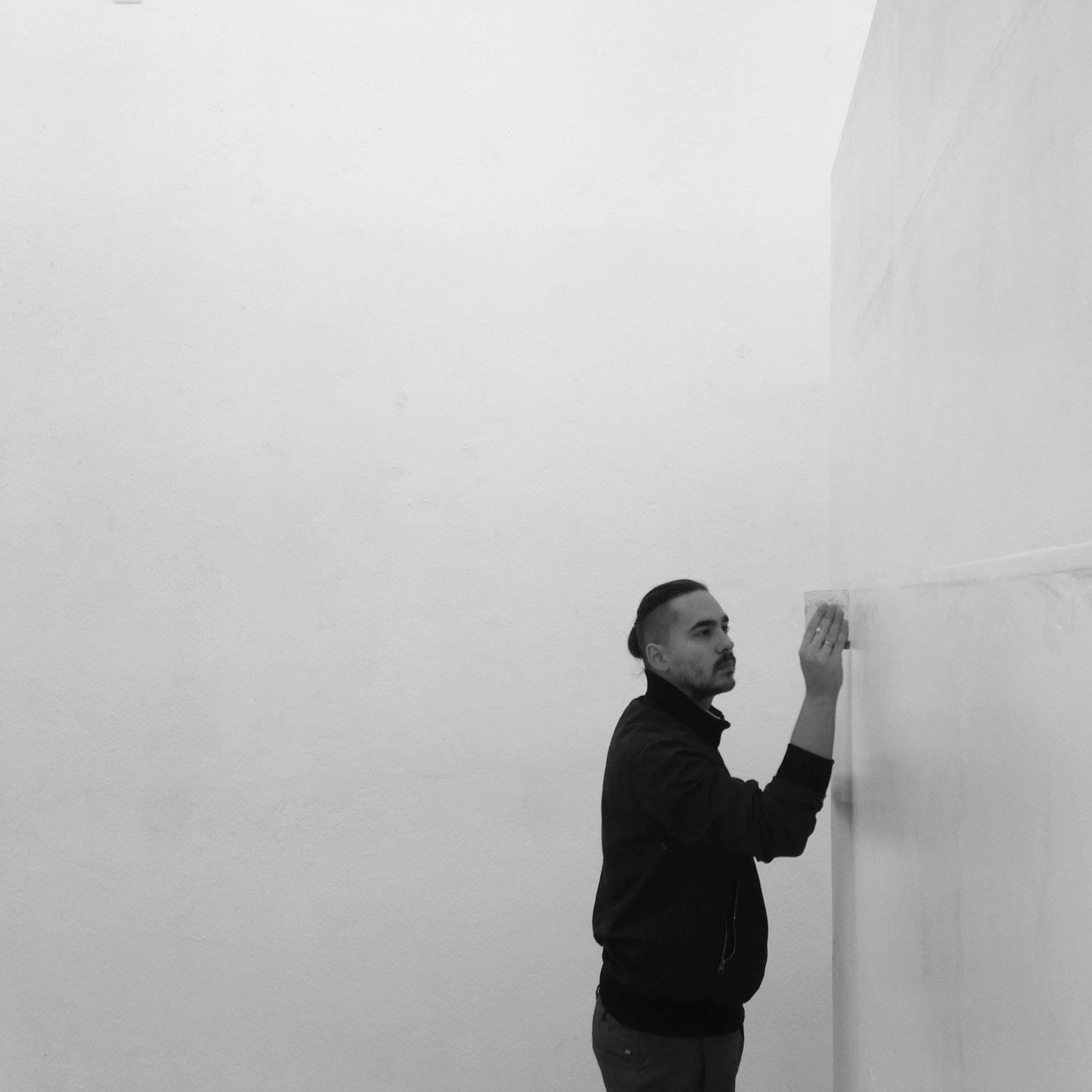 Norbert Delman Born 1989 in Warsaw where he lives and works. Graduated Academy of Fine Art Warsaw in Mirosław Bałka studio 2009-2014, studied Fine Arts in University College Falmouth 2010 (UK), graduated with honors from art High School. Young, multidisciplinary artist. Norbert works in several medias (video, sculpture, installations, performance). This indecisiveness, however it is apparent, because the overriding value of his work is an attempt to illustrate the anxieties and tensions, which he experiences and which is experienced by his peers. He is also an experimenting curator, co-founder of Stroboskop art space in Warsaw.

Could you tell us a bit about your background and how does it influence your art practice?

As a young boy I was always very active in sports, I trained acrobatics and was a lifeguard. It seems to me that it has strongly affected my interest in sport as well as everything related to it: competition, domination, co-operation, ...

You frequently utilize masculine male figures in your work, what are your thoughts behind them?

My practice on the one hand refers to the (typical in our times) cult of the body, followed by intense muscle work at the gym, as well as the compulsion to control the masculine image as an image of domination and control. On the other hand, it refers to the fascist aesthetic codes, which included a symbol of superhumanity in the masculine, athletic body. The colorful styling in computer prints introduces a pop-cultural, ironical distance, which casts doubt on collective fantasies. It is worth asking about their status, especially when they can lead towards a thoughtless fascination with violence and manifestations of physical strength.

Can you tell us the ideas and concepts of your works and where do you find inspiration for them?

I try to look critically at the body, but also to build a bridge between the sports and artistic circles. These two groups seem to live on extreme poles, but often are motivated by similar strength and determination, as well as the fixation over their own activity, which is such a serious phenomenon in reality that they themselves fall into this practice, subduing their whole life and surroundings to it. It's fascinating and scary on the one hand. I am inspired by people, but above all I am interested in the body’s condition in the context of the present. A certain visual key that appears in sports is drawn by me into artistic activities.

How do you go about selecting materials?

I always pick the materials and medium to the idea. But I like working with towels and overprints on materials. The towel is the first material that comes into contact with the body after sports.

I just finished a large solo exhibition and I am working on four more projects. Recently, I have been interested in extending the exhibition's space to virtual reality.

I am a control freak and I cannot leave others to do any things. On the one hand, I am convinced that I will do everything in the best way, and on the other hand I am terribly tired doing everything by myself. I do not even know whether I am fighting it, or just accepting it.

It is an exhibition space located in a row of old car garages attached to the housing in 6 Siewierska Street in Warsaw. It is a uniquely experimental space established to blend and promote various and polarized artistic attitudes and creativity. It is intended to pose an alternative to the Warsaw and Polish art scene. We support ambitious and uncommon artistic endeavors and actively expand by bridging with like ventures, both locally and internationally. Though our main goal is to focus on young and emerging artists, we do not exclude cooperation with those whose careers are more established.

For more of Delman: norbertdelman.com