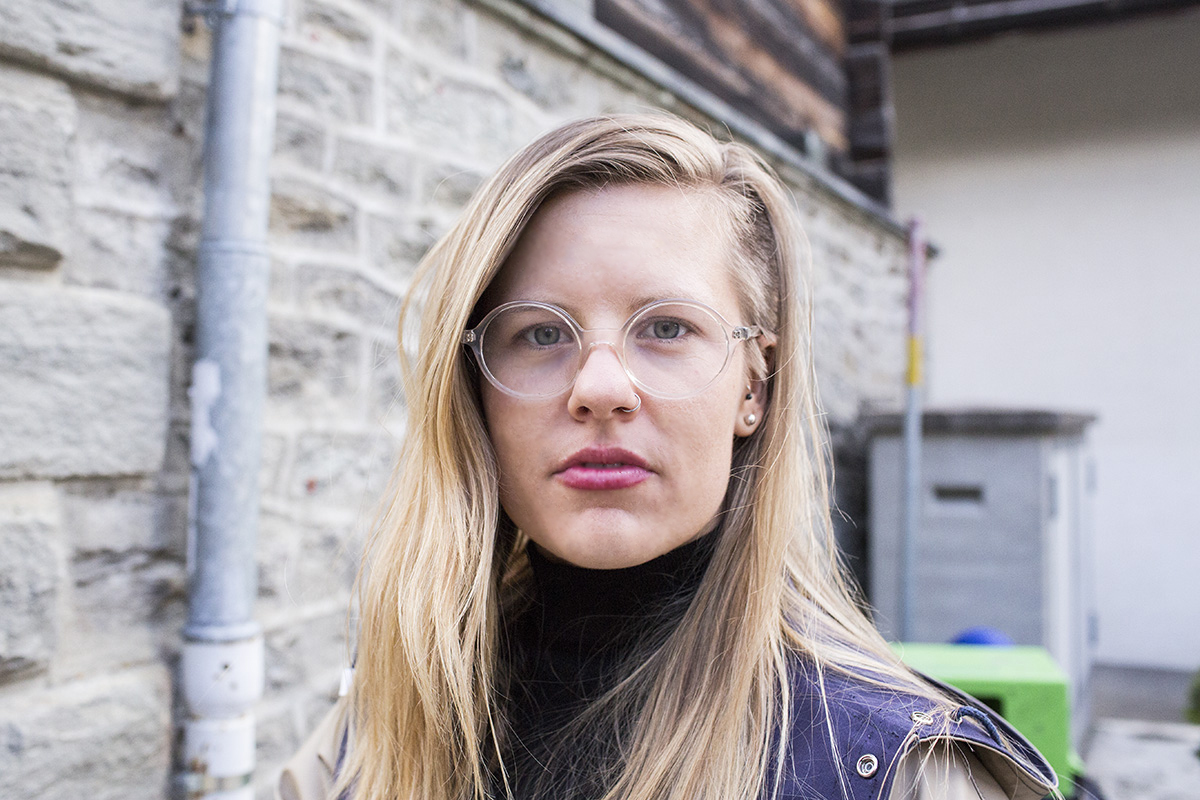 Maggie Hazen is a New York based artist from Los Angeles and is the founder of the Juvenile Justice Digital Arts Project (JJ-DAP). Hazen’s work explores themes of resistance and healing in a cinematically real world of violence. Her complex images, videos and sculptures merge highly specific ordering of materials, objects and bodies through the lens of mythology, technology and mysticism. Motivated by the invisible worlds that often exist beneath the surface of things, Hazen reaches into the space where human grief can lead to the processes of decay, renewal and transformation. She reveals a hidden journey through spaces that imprison the self physically, emotionally and spiritually; finding pathways for the viewer to reach new thresholds of metamorphosis. In the past she has made work which involves altering the narratives of video-games, virtual military training simulations, and sporting events by collaging them with her own personal footage or interacting with them through performance in order to disarm hyper-masculinity and violence. Most recently, she has been collaborating on a new project with a resident at the Columbia Secure Center for Girls in the Hudson Valley. Through a physical exchange of written sketches and ideas, Hazen is helping to realize the digital creation of a new mythology centered around a virtual goddess her collaborator has designed.

Hello Maggie, can you tell us a bit about yourself and your background?

I’m Maggie a queer girl from Southern California. About 5’5” with blonde hair typically wearing Dr. Martens and a weird shirt I bought on Instagram that took over a month to arrive because I didn't know it was coming from China. I was born and raised in the LA area and moved to the East Coast when I was 26 and here I am, 32 in Upstate New York teaching at Bard, making art, hanging with my partner, Lauren and our dog, Sparrow.

Growing up, I was taught to pray a lot and seek out an understanding of things beyond the reach of visibility, and to believe not just in a temporal existence but to believe in a life beyond death. That seeking, that yearning and that desire to understand what I couldn’t see directed my longing into art making. A place where I could channel and manifest a new visual language rooted in the prophecies I receive in prayer.

How would you describe your practice to someone new?

In a lot of my projects I seem to engage difficult content. Such as violence in video games, the prison system, and grief that comes with loss. My hope is that a vision of light will be revealed in the midst of these dark spaces and my desire is to manifest that light in the darkness through sculpture, video, performance and sound. It’s hard sometimes to venture into the painful content but my prayer is that the light in my work would grow bigger so I can venture into more places of pain, find that point of hope, and share it. This process feels honest and real because I too have gone through so much pain.

How did you get into video and performance? Who were your biggest influences when you first started?

I have always had an interest in performance and screens. My little twin brothers were baby actors on the TV show Roseanne so I spent a lot of time on set when I was about 6 or 7 years old. I think this is where my interest in performance and video grew. I became fascinated by the editing process and what scenes would make it into the screen. I also gravitated to the set building and seeing how something fake could look real on a screen, maybe that’s where my interest in sculpture grew too.

What is your process like? Can you walk us through some of it?

Simply it’s all about editing. I make something. Then I don’t like it, so I remake it, then I think it would look better in a different way, so I remake it again…. so on and so forth. Then somewhere along the way I realize, the thing I made in 5 minutes at the beginning is the best and go with that.

Video games and game-like performances are some recurring elements of your work. How did this come about?

I’ve always been interested in video games the same way I’ve been interested in film and video. It’s the illusion of creating a believable fictional reality that draws me to the genre. Video games feel so real now and millions of people in the similar white male demographic spend hundreds of hours playing. And a lot of the imagery is hyper-violent, at least a lot of the popular games are like Grand Theft Auto, Call of Duty and Halo. A lot of this violence bleeds out into the real world horrifically with school shootings, etc. I call this the Hyperbleed. In some of my recent work I find ways to disarm this hyper-violent playable game space that bleeds out into the real world.

For instance, in “Call of The Lily” and “Respawn Madonna” I green screened live goddess figures played by queer women into “Call of Duty” and “Halo”. I think about disarming as a form of transgressing the violence through representations that symbolically alter a narrative and call into question the content of these video game developers.

You're the founder of JJ-DAP, Juvenile Justice Digital Arts Project. Can you talk a little bit about this project and its importance for the residents you work with?

JJ-DAP is a newer project that I started a little over a year ago when I sold my bike on Craigslist to this guy named Bob. Bob works for The Office of Children and Family Services in New York and does a bunch of technical stuff for the juvenile detention centers. He found out I was an artist and asked me to come speak to some of the youth. I asked specifically if there were any girls prisons I could work with. He said yes, I will take you to Columbia Secure—a maximum security prison for juvenile girls. Next thing you know I’m walking through two layers of barbed wire chain-linked fence and teaching digital art classes there every Wednesday night. That’s been JJ-DAP, until COVID hit in April. Since then I’ve been exchanging a sketchbook with D.W., one of the residents. Together we have been building a multi-media project called Night Moth: A Mythology of Escape. It’s about her avatar character Luna, a little green moth goddess imprisoned on the moon. She also has a friend named Seven who is a seven legged octopus, that’s my character.

Can you tell us more about Night Moth, the digital installation you made during the residency at De:Formal?

So, Night Moth is the project D.W. and I have been working on for De:Formal. It’s the first public step in this project. I’ve been building a website with De:Formal that functions as a digital installation space that links to video episodes of the story of Luna and Seven along with some other content that surrounds our sketchbook exchange. The home page is of a prison cell with all the normal things you would find in a cell, except for some curious items like a fishbowl and a moth. When you click on them the viewer enters this sort of portal into a fantasy world D.W. & I built. The project feels like it's channeling in the teen fantasy fiction realm, like “Twilight”, “Hunger Games” or this new show “Fate: The Winx Saga” about teen fairies who go to fairy school. 🧚‍♀️ 🧚‍♂️

At the core, the whole project is about a journey of isolation and escape. Even though the whole world is still on lock down because of COVID we are only experiencing a small fraction of confinement to what D.W. faces on a daily basis. The whole concept is creating an avenue of escape through fantasy for her while she is stuck in prison. It's just not right for an 18 year old to be locked up like that. Not right at all.

Are there any new ideas, themes, or techniques you are interested in exploring next?

I plan to continue building and growing Night Moth with D.W. Together we want to keep writing episodes about our two characters. For the De:Formal  website we wrote 3 episodes and want to continue the adventures of Luna and Seven. I would love for the whole project to become a video installation at some point.

Just that if anyone wants to support JJ-DAP, I’m building a tuition fund to help D.W. and a few other girls I’ve been working with go to college. You can visit https://jj-dap.com/ for more info.

View Night Moth Digital Installation (on a desktop for the intended experience): https://www.night-moth.com