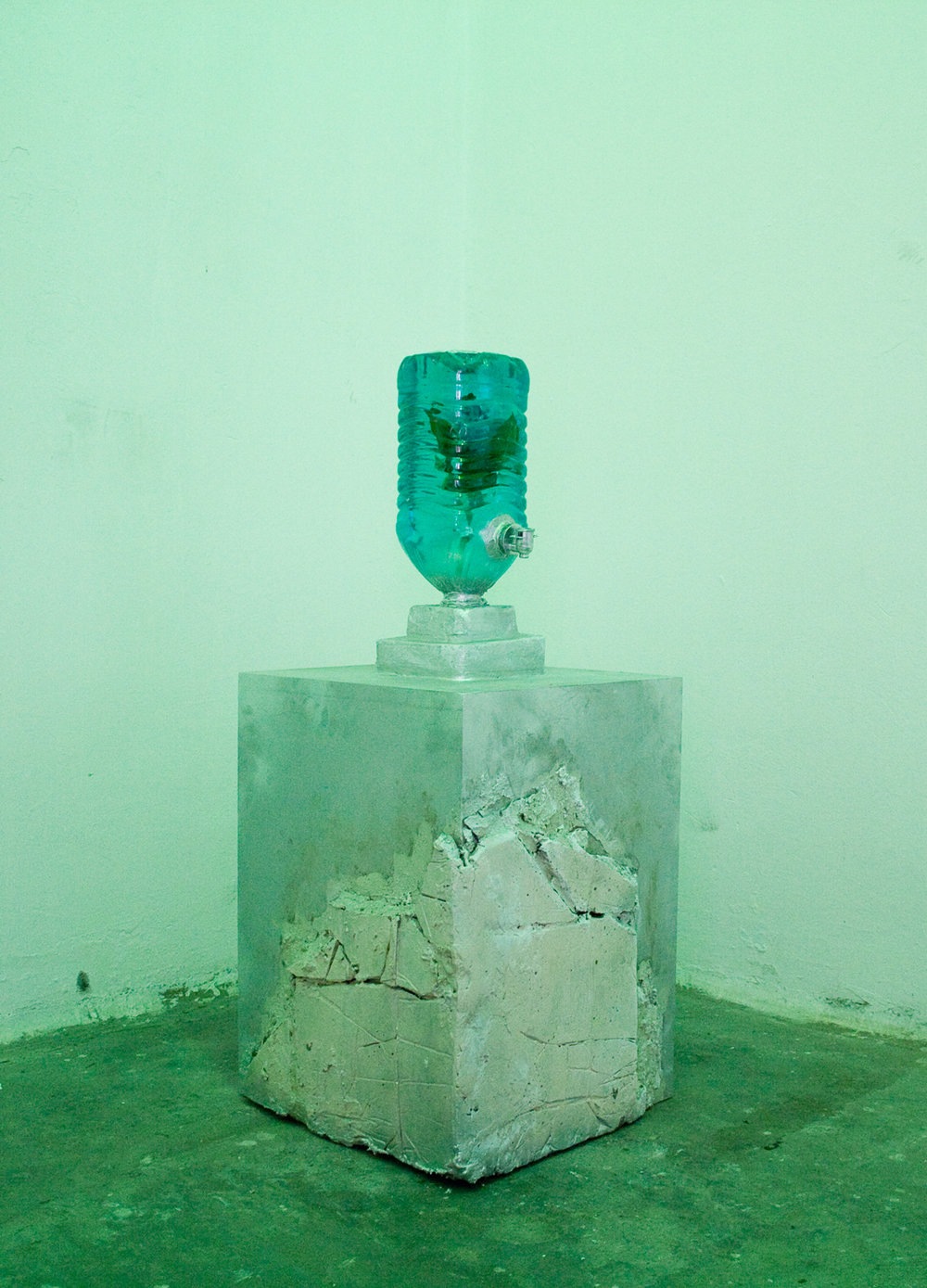 Katarina Sylvan is a Stockholm based artist working across text, sculpture and sound. She is a scenic painter for theatre at Riksteatern in Stockholm and will undertake an MA in Sculpture at the Royal College of Art in London in 2017.

Looking at stuff and reading stuff and listening to stuff.

In your work, there are many objects that you utilize perpetually, such as bricks, patterns of squares, fabric and fan. What do they mean and represent?

Anything you place in a room will inevitably communicate. Same thing, different biography, and each time the thing is somewhat worn out. Flattened. Or loaded, saturated. I place things on a sliding scale between excess / exploit / volume / obvious and void / detail / hidden, and am in a constant struggle with myself about whether I am critiquing, reproducing or celebrating my objects of study. Am I giving this Morley cigarette too much credit? Am I missing the point? That, or I just have a hard time letting go of things.

We learned that you also write, what is the relationship between written and visual language to you?

The great thing about writing scripts is that no one will ever read them!

I am very jealous of music and cinema for having the privilege of creating modes rather than sums of symbols and try to mimic how they operate. The same with literary forms. Something is documentarian, something is poetic, something else is a hard boiled crime novel. I find it liberating to reduce something to its form, name, denomination. The inevitable subversion that follows from setting such a narrow framework is endlessly generating. This is a chair. Here’s your dinner. This is the end. You can hide in your words and get away with a lot. You can also clearly state what is important. Text is sneaky.

Starting out with only words as means I was desperately seeking for a translator that could translate the unutterable into something tangible. There was a huge discrepancy there, a discrepancy predestined to become what it was all about. Scenic painting has been a crucial practical meditation on the production of meaning, of intention, mark and outcome. The process is literal and descriptive, systematically moving through the semantics of a layer, a varnish, a backdrop, fakery, surface. However, the only way to deal with what for me became truisms was to be forever thankful for the scenic lingo and in the end move away from it, much like other historical all-encompassing theories of everything. You gotta write your way out.

What is the one thing you can’t live without in your studio, and why?

The radio. It tells me what’s going on out there.

I am working towards a solo show in Aarhus that will hopefully result in a real page-turner with AUT, Aarhus Unge Tonekunstnere creating a live score for my big dumb objects and rude scribblings. First up, a show in Frankfurt with the framework ”How to Disappear Completely and Never be Found”, the title of a terribly dated survival guide on how to disappear. This, and gathering my belongings to move to a new country.

Can you tell us your art making process?

My studio equals the odd task-less hour in the theatre. There is a lot of stuff and stories lying around here that get me in the mood so I scavenge from the building and glue and bolt it all together. As you can see! I stutter my way forwards through the works of others. I made a video in which I cut up The Cut Ups by Antony Balch from 1966 into stills and re-placed them in a somewhat comprehensive order. It was a formal exercise but an attempt to fuck with ideas about genius and the banality of what we consider obscurities. I always come back to the relationship between the teacher and the taught, the writer and the reader, the player and the listener, and the writings on these hierarchies that go with it all. It’s a tricky one, one has got to kill one’s darlings and idols but one can only get over one’s self so much. But you gotta try, you gotta try.

I’m not the kind of maker who can muck about and let the stuff develop itself. I perform a task and work fast while at it. I love a good task. It does have the downside of ending up with quite arbitrary creations that I can only bear to look at if I cover my face with my hand and peek through my fingers but the stuff, the stuff, the stuff, the stuff! in its original sense, has to have a certain temperature and energy and I think slowing down would just ruin my vibe.

For more of Sylvan: katarinasylvan.com