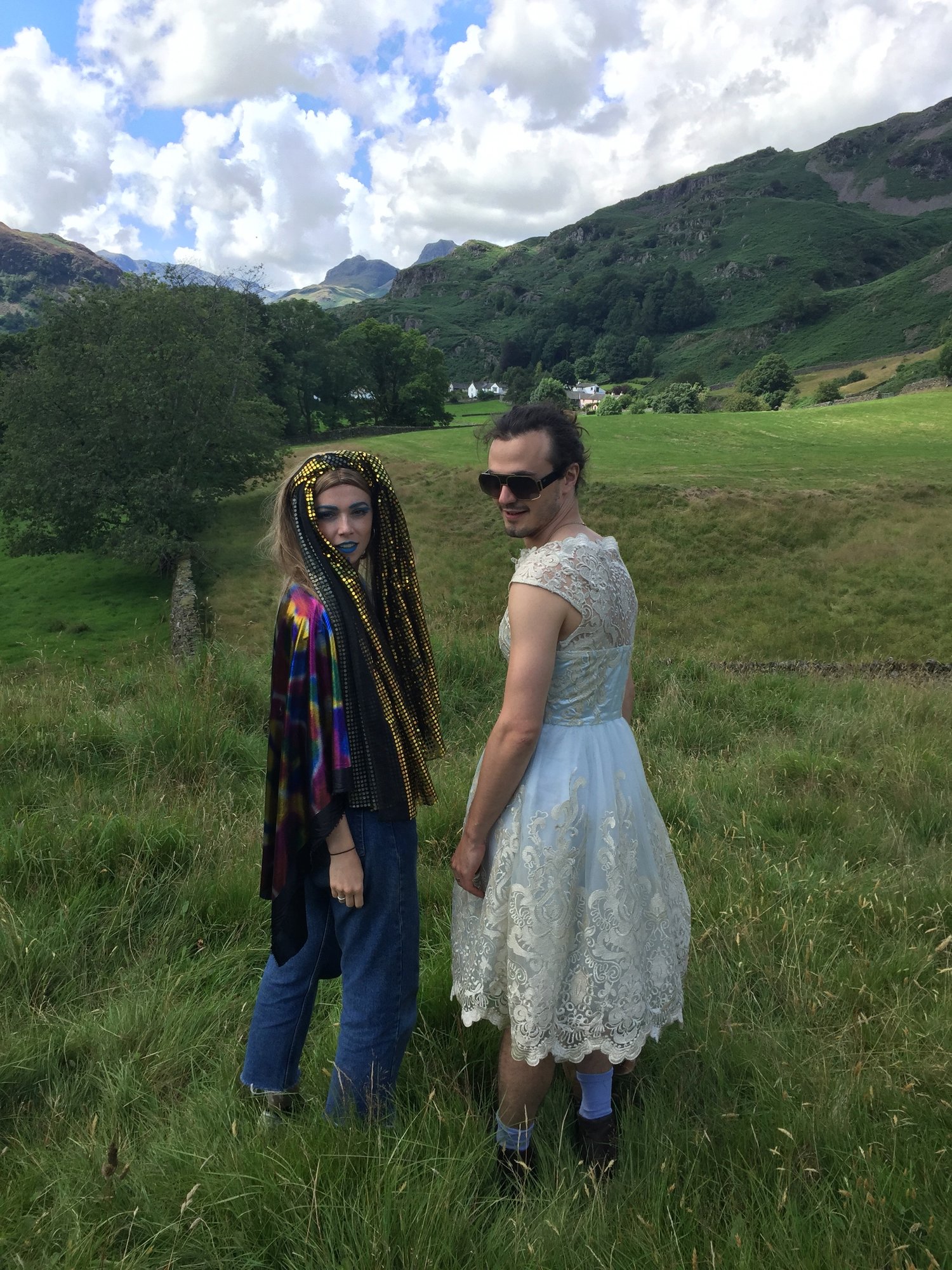 Hazel Brill works across video, animation, sound, sculpture, text and performance. She stages videos in a theatrical way to create ‘shows’ that merge disparate contexts, oscillating between varying degrees of fiction. Digressive narratives directed by a compression of associations are structured in a way that she describes as ‘epileptic, comprised of auras and mini-seizures’. Hazel plays with storytelling in popular culture with direct reference to techniques for seduction in productions of desire and corporate languages. Through the lens of theatricality, melodrama and absurdity, Hazel looks at tensions between internal agency and external controls.

Can you tell us a bit about yourself and your art practice?

I live in London and have recently graduated from an MFA at Slade School of Fine Art. I am a studio associate member of SET - an artists community with cheap studios and project spaces in otherwise vacant properties. I work with video, animation, sculpture, installation, text and sometimes performance.

What are the concepts behind your work?

Each project comes from different areas of research, time and experience so ideas behind the works differ but I have a continued interest in the structure of storytelling and how it exists in different contexts. Ideas for my work have recently been influenced by different corporate jobs I (unfortunately) happen to be doing at that time to support my art. At the moment the language of finance is infiltrating my writing as I’ve been doing a temp job in a finance department and have accidentally fallen into the social media algorithmic bubble of cryptocurrencies. This affected ideas for my most recent work ‘Woke Up In Spring’, 2018. I began to think about financial investments being an emotional act, its processes similar to attachment and losses of a romantic relationship. I was thinking about the possible inevitability and shared patterns, for example; the boom and bust structure of my epileptic fits, gains and losses of a caffeine crash - and the predictability of these climatic cycles, peaks and falls. There is a moment in the narrative where a great grandmother references tulip mania, later on there’s some things about fat clogging up in a sewage. I was thinking about a human centipede kind of generational dysfunction, passing down habits, making change difficult. Bringing it back to natural seasonal cycles maybe helps to resist a temptation to externalise pessimism into the work too much.

Your work usually combines videos and sculptures, how would you describe the relationship between them?

I try to create stage sets using the sculptures so that the video feels performative, I have recently wanted my work to feel like a small awkward show, playing on loop. The objects are a consistent presence, obediently fulfilling their duties as props and actors depending on the script. In general I think there is an initial urge to make things physical to satisfy some frustrations with the constraints of a flat screen, but it’s more of an interest in the transformative qualities the objects and videos have on each other, and the opportunity to use these relationships as a base format for storytelling. I think it’s more to do with the presence of physical objects in a room, looking at you, an energy that can’t be replicated digitally. The installations do reference theatre but also I think animation and the medium’s ability for metamorphosis.

Can you tell us a bit about your piece "I Made a Show For You"?

This piece was made for the MFA final show at Slade and was partly influenced by the office job in advertising I was doing alongside studying. Here is a very short description: In ‘I Made A Show For You’, a theatrical set stages a narrative that moves from melodramatic accounts of mundane yet absurd office experiences into the realms of fantasy. Deriving from the term ‘chip on your shoulder’, an animated antagonised chip guides us through varying mediums and layers of fiction. With cannibalistic actions, digestion and edible objects becoming recurring motifs throughout, the work draws tensions between internal agency and external controls. The potency of fiction and storytelling is at the forefront throughout the three scenes and t he corporate office environment is used as a symbolic space to resist and to dismantle.

I watched ‘Donkey Skin’, 1970 by Jacques Demy, the other day and it is insane and unhinging, really grotesque but aesthetically gorgeous and I recommend it.

The content of my work is often inspired, sometimes unintentionally, by things that are irritating or controlling, like seductive editing techniques used in adverts, the structures of corporate languages, the voice of a manager, the architecture of an office. These elements become a kind of drive for the work, maybe it's a way for unlearning these earworms or an attempt to reclaim some control. More positive forms of inspiration for me are found in film, music videos, theatre sets, architecture in theme parks, texts, poetry, essays, exhibitions, performances, lectures online...

I have awful time management skills and combined with an inability to make quick decisions it means I am always making work right up until the opening of a show - in a manic anxious caffeine fueled sleepless struggle to the deadline. Although that's a bad habit there is something a bit zen in that mania, its immersive and at the end you’re left with a piece of work that is surprising because you hardly remember making it. But I have many bad habits, procrastination is there, always, true and strong.

I’m going to Las Vegas on a travel scholarship and I will use the footage for a show happening in July at Turf Projects, Croydon. I am also taking part in a group show in Paris at the beginning of June for the opening of Magasins généraux, Paris-Pantin. So this is all good and exciting but I need more money.

For more of Brill: hazelbrill.com