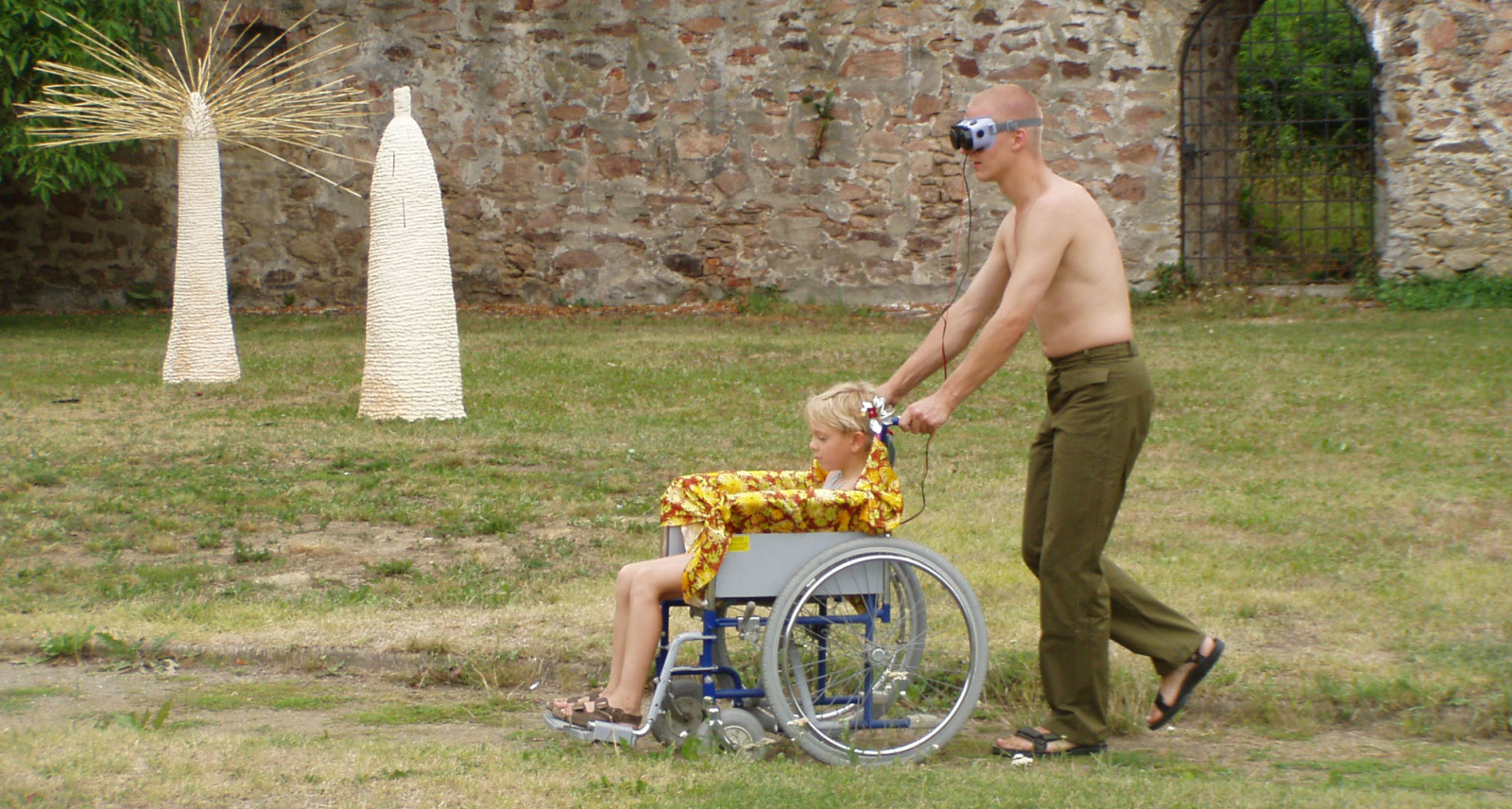 Dušan Váňa (born 1982) is a Czech sculptor whose work is full of expressive transformations, different creative approaches, and a peculiar humor. If we have to formulate some unifying lines in his work, perhaps we could cite his penchant for DIY designing, shaping and joining of various materials, combined with the latest digital technology (including 3D printing) which enables new methods of artistic creation.

How did you start making art? Why do you make art?‍

When I was little, my mom bought me some comic magazines. After that, I felt guilty for a while. So I tried to draw some characters from the magazines for my mom.. I realized that I'm not so bad at drawing, so I continued to draw. For me, art means a challenge, fun, relaxation, and fulfillment.

What is the most important thing for you about collaborating with others?

Although I prefer to work alone, sometimes good cooperation is priceless.  Projects can go much further than they could with one man.  For me, what is Important about collaboration is mutual impulses, assistance and support, as well as criticism. I really like the rich discussions in which both sides clarify, cultivate, and improve upon their ideas. Sometimes, from these discussions, I could get better ideas than our common thoughts. Fortunately, I had good, smart and interesting people to collaborate with.

Could you tell me more about The Dome of the Body?

The Dome of the Body is part of older project called 1m3. It is a model of preparatory scale. Basically, it's a block of material cut by two lines. You can see silhouettes of the figure from the front and from the side. By this simple manipulation, I get two sculptural groups and two sculptures. The Dome of the Body is one of those sculptures. I like the idea that these two statues and two sculptural groups can be reassembled into a single, solid block.

You are working with tradition and technologies together. Like Voyeur, The Seekers, and The Earflies. How does technology influence your work?

I've always been attracted to technology, mechanisms and all sorts of mechanical toys. I began to integrate it into my sculptures and objects -- it conveys life for me. Recently, I am interested in 3D technologies, which greatly enhance my work. For example, It allows me to create exact mechanical internal structures within my objects.

For The Stylization of a Human Into a Machine Living Engine -- what made you come up with that project? How did it begin?

My friend Václav Prokeš and I, we did a children's program at the Prague Quadrennial. It was a really inspiring atmosphere. Throughout, we discussed art and invented a variety of 'nonsenses'. We especially liked one of ideas from the conversation. We started to work on it, and, a week later, we introduced the 'Human Carriages' at a theater festival. It was a stylization of humans fusing with engines. Visitors could borrow a vehicle (Vaclav or Dušan), which could be driven using the arrow keys on the remote control. We provided black-out goggles -- you could only flashing directional LEDs and nothing else.

Do you get inspiration from dreams often? What was the most bizarre dream you've ever had?

Dreams - communication channels of the subconscious - are very important to me. I have a favorite book about dream symbolism and I'm trying to understand these messages.  Unfortunately, I don't have dreams as often as I'd like. One of my works, 'Earflies' is directly inspired by a dream. In that dream, I saw a woman who was holding a butterfly made of ears in her hands. According to the book about dream symbolism, ears symbolize female genitalia. The hidden erotic theme, highlighted by a lyrical story of two butterflies, created an imaginary entomologic display cabinet. I've had a lot of bizarre dreams.

Are you working on some new projects these days?

I'm currently preparing for several exhibitions in September. Plus I'm working on some new pieces for my series of Hyperrealistic Fruits and Structured Pears. I feel like being a gardener.

Who is your intended audience?

I do not make work for a specific audience. I would be happy if everyone found something interesting in my art -- especially prominent critics and a big group of very rich collectors.